Is U.S. Military Power in Decline? 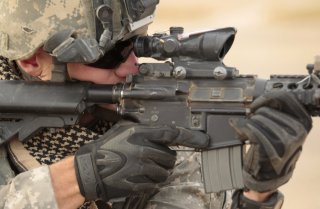 Here's What You Need To Remember: Geopolitics isn’t a Shakespearean drama, or a morality play. Noting that Russia, China, and others have the growing capability to act independently in their regions does not imply that they will act justly, or that they have any special right to torture their neighbors.

Does this mean that U.S. global power in on the wane?

If so, should we blame this decline on specific policy decisions made by this administration, or the previous administration? As Dan Drezner has argued with respect to who is “winning” the Ukraine crisis, the answer depends crucially on the starting point.

Moving forward, the U.S. military will need to navigate a world in which it enjoys advantages that are merely large, but not overwhelming. That’s not such a bad place to be. For better and worse, the 1990s are gone.