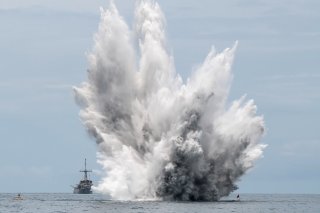 Here's What You Need to Know: Similarly, mines could be an easy way for China to complicate a situation in the South China Sea, or for Russia to attempt to isolate the Baltic states navally from Europe.

This article first appeared in September 2019 and is being reprinted due to reader interest.