This U.S. Navy Aircraft Carrier Might Have Its Name Changed 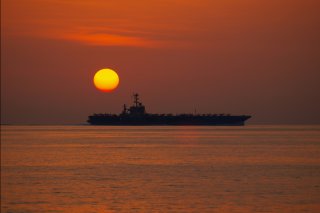