The U.S. Navy is Always Wary Around these 5 Russian Black Sea Warships 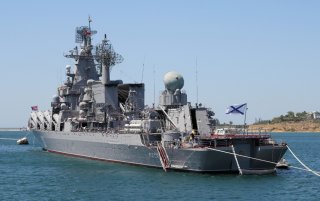 Here's What You Need to Remember: With a range of 7,500 miles and a max diving depth of 300 meters, the Kilos are well suited for short-range patrols in the shallow confines of the Black Sea. The diesel-electric submarines carry eighteen 533-millimeter heavyweight torpedoes, but can also launch Kalibur cruise missiles while submerged at land or sea targets hundreds of miles away.