The U.S. Navy Needs to Fix the Submarines It Has Before Getting More 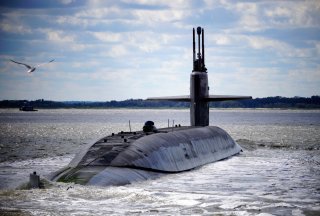 Here's What You Need to Remember: The U.S. Navy wants to add ten new attack submarines to its fleet, but according to a scathing government report, it can’t maintain the fifty-six attack submarines it has as of late 2018.

“The Navy has been unable to begin or complete the vast majority of its attack submarine maintenance periods on time resulting in significant maintenance delays and operating and support cost expenditures,” the Government Accountability Office concluded in its November 2018 report.

“GAO’s analysis of Navy maintenance data shows that between fiscal year 2008 and 2018, attack submarines have incurred 10,363 days of idle time and maintenance delays as a result of delays in getting into and out of the shipyards,” the GAO continued.

The GAO cited the example of USS Boise, a Los Angeles-class attack submarine that commissioned into service in 1992. “The Navy originally scheduled the USS Boise to enter a shipyard for an extended maintenance period in 2013 but, due to heavy shipyard workload, the Navy delayed the start of the maintenance period,” the GAO explained.

“In June 2016, the USS Boise could no longer conduct normal operations and the boat has remained idle, pierside for over two years since then waiting to enter a shipyard.”

Attack submarines represent one of the main pillars of the Navy’s strategy for deterring Russia and China. Stealthy and heavily-armed with torpedoes, anti-ship missiles, and land-attack cruise missiles, attack subs “provide the global presence required to support national tasking and prompt warfighting response,” the Navy stated.

But in the 1990s the sailing branch allowed its undersea fleet to wither. During the post-Cold War “procurement holiday,” the Navy bought only a handful of submarines. When the nuclear reactor cores aboard 1980s-vintage Los Angeles-class boats wear out, the overall attack-boat fleet could slip to a modern low of forty-two in 2028, according to the 2019 edition of the Navy’s thirty-year shipbuilding plan.

To meet regional commanders’ requirements, the Navy needs sixty-six attack boats, Ray Mabus, then the Navy secretary announced in December 2016. The shipbuilding plan projects the fleet finally reaching its sixty-six-boat goal in 2046, assuming it can maintain steady annual production of at least two new attack submarines. The Navy plans for as many as thirty-five attack boats to deploy at the same time during a major war.

But today the sailing branch can’t fix the subs it has, never mind the greater number of subs it wants, the GAO found. “GAO estimated that since fiscal year 2008 the Navy has spent more than $1.5 billion in fiscal year 2018 constant dollars to support attack submarines that provide no operational capability—those sitting idle while waiting to enter the shipyards, and those delayed in completing their maintenance at the shipyards.”

Despite some labor and equipment shortages, there should be enough shipyards to maintain all the boats, the GAO explained. The problem is that the Navy prefers to repair subs at its own yards rather than contracting the same work to for-profit yards. The Navy “has not effectively allocated maintenance periods among public shipyards and private shipyards that may also be available to help minimize attack-submarine idle time,” according to the GAO.

“Navy leadership has acknowledged that they need to be more proactive in leveraging potential private shipyard repair capacity,” the GAO reported. “Without addressing this challenge, the Navy risks continued expenditure of operating and support funding to crew, maintain, and support attack submarines that provide no operational capability because they are delayed in getting into and out of maintenance.”

David Axe edits War Is Boring. He is the author of the new graphic novels MACHETE SQUAD and THE STAN. This article is being republished due to reader interest.