The U.S. Navy Pioneered Anti-Submarine Warfare in World War I 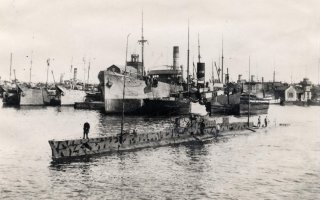 Here's What You Need to Know: War is a tough teacher.

Despite its unglamorous duties, the U.S. Navy learned valuable lessons in the Great War about employing convoys, smaller submarine-hunters and maritime patrol planes that would save many lives in the even more destructive conflict that followed two decades later.