The U.S. Navy Proves That Sinking an American Aircraft Carrier is Easier Said Than Done 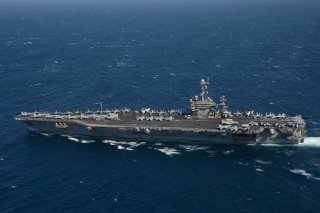 Here's What You Need to Remember: A virtual wall of defensive weaponry surrounds the flattop out to a distance of several hundred miles.

David Axe serves as the new Defense Editor of the National Interest. He is the author of the graphic novels War Fix, War Is Boring and Machete Squad. This first appeared in 2019 and is being republished due to reader interest.