The U.S. Navy Sealift Force Is Far to Small for War 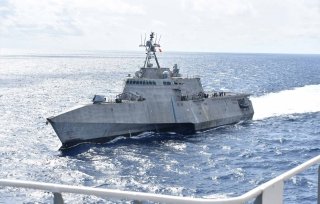 Here's What You Need to Remember: Adding more than 60 ships to the sealift fleet is a tall order and could cost billions of dollars. But experts’ warning have not gone entirely unheeded. Kevin Tokarski, a senior official with the U.S. Maritime Administration, in May 2019 told USNI News that he was considering reflagging some ships working for American companies in order quickly to grow the sealift force.

The September 2019 transportation “stress test”  activated a total of 33 sealift ships on both U.S. coasts. As part of texercise, the five East Coast ro/ro ships simulated an unescorted convoy moving through waters where enemy submarines and sea mines posed a threat.