The U.S. Navy Should Be Wary of Iran’s Massive Missile Arsenal 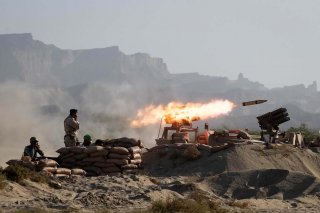 Here's What You Need To Remember: The succession of Fateh strikes in the last nineteen months signal a new willingness by Tehran to use its ballistic missiles—both those on home soil and deployed to Syria—to pressure adversaries across the Middle East.