The U.S. Navy Shouldn't Forget the "Rules of the Game" 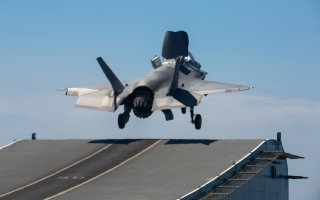 Battle would compound these problems. Gunfire would add smoke to the tactical setting even as ships deliberately made smoke to obscure their whereabouts. Signalmen could be wounded or killed, impairing vessels’ capacity to communicate. Shellfire could demolish masts and halyards. In short, Carl von Clausewitz’s metaphorical “fog” of war would work against signal-book choreography in a literal way during fleet engagements.

These were, or should have been, uncontroversial observations. Yet they provoked controversy in naval circles. To fight effectively, concludes Gordon, the Royal Navy needed to rediscover the grim realities of fleet-on-fleet combat—combat it had been spared since Trafalgar, during Britain’s long age of nautical supremacy. To succeed against a peer antagonist, service potentates needed to simplify their command-and-control system while unlocking the creative potential of officers and men.

Royal Navy commanders, furthermore, needed to rediscover the Nelsonian system of face-to-face shipboard conferences. The great Vice Adm. Horatio Nelson, who brought the navy to its “high noon” of tactical excellence, had a custom of summoning ship captains and junior admirals to his flagship to explain his vision of how the fleet should transact business. He also solicited their views during these gatherings.

From such confabs emerged a common understanding of how British men-of-war would conduct themselves in action. A quintessential Nelsonian precept: “in case signals can neither be seen or perfectly understood, no captain can do very wrong if he places his ship alongside that of the enemy.” If in doubt, go get ‘em!

Having inculcated an enterprising culture, a fleet commander had little need to tell subordinates precisely what to do in a sea fight. Before the Battle of Trafalgar, Lord Nelson resolved to “amuse the fleet with a signal.” He ended up telegraphing the famous injunction: “England expects that every man will do his duty.” Upon sighting the flags, his second-in-command, Vice Adm. Cuthbert Collingwood, groused: “I wish Nelson would stop signaling. We know well enough what to do.”

Better a band of brothers than an all-powerful commander decreeing what to do in minute detail.

This even though TA wasn’t in effect during the ill-starred maneuver—the signal books were.

As fate had it, then, the Royal Navy continued to shelter in what Gordon styles “the long calm lee of Trafalgar.” It took decidedly mixed results at the Battle of Jutland to jar the navy’s old guard out of a century’s worth of illusions—and reacquaint the service with timeless verities of naval warfare. Verities such as: combat is chaotic. Simple communication beats complexity every time. Inventive commanders hold an edge in topsy-turvy struggles.

What does Gordon mean by this metaphor? Well, lee is the nautical term for the side of a ship where the hull blocks out wind and weather that buffet vessels riding the waves. It’s the downwind side. So the lee is the side that’s sheltered from the elements. The calm, however, is illusory and temporary. Sooner or later the ship alters course or the wind shifts around it—making the leeward side the windward side and exposing whoever may have taken refuge there to Mother Nature’s fury.

Transposed into the strategic realm, a long calm lee connotes an interval of quietude following an iconic battle in which the victor won big. The victor appears unbeatable, so no one tries. Without a challenge to gauge new practices and hardware, the force has little way to judge its performance. In short, bad habits take root when battle—the supreme arbiter of martial efficacy—is absent from a navy’s history for too long.

Having vanquished its major nemeses in 1805, the Royal Navy turned its attention to imperial police actions for the balance of the nineteenth century. Gordon documents how the navy became increasingly bureaucratic, laying great weight on administrative busywork. It became increasingly centralized, and obsessed with spit-and-polish. Martial institutions naturally prefer subordinates who reflexively do what their superiors ordain. Victorian culture amplified and reinforced the navy’s authoritarian proclivities, drumming the imperative of absolute obedience into British youth—including future seamen.

Counterproductive habits and practices, then, came to encrust British seafaring culture over time—yielding a navy whose commanders might well implement insane orders.

Gordon’s treatise should unsettle any mariner. It’s subversive, even. He warns that marine supremacy is perishable, in large part because the habits of mind and action that underwrite it are perishable. Habits require conscious tending during interludes of peace. Rules of the Game thus constitutes a cautionary tale for the U.S. Navy, a force that has enjoyed the long calm lee of World War II for three-quarters of a century and the long calm lee of the Cold War for a quarter-century.

For Americans, as for Britons of old, it’s easy to cherish illusions when history has apparently ended.

And the U.S. Navy is a service prone to the maladies against which Gordon warns. Topmost officers have long acknowledged the dangers of questing for machinelike efficiency in naval affairs. Even before World War II, for instance, U.S. Atlantic Fleet commander Ernest King had taken to decrying “excess of detail in orders and instructions.” In effect King beseeched naval officers not to be control freaks. The ghosts of George Tryon and Horatio Nelson smile.

Read the whole thing. It will shock and, with any luck, inspire anyone who wears U.S. Navy khaki. Let’s get out of the lee—before some ambitious challenger drags us out.

This article first appeared in March 2017.