U.S. Navy Submarines Will be Challenged by Drones 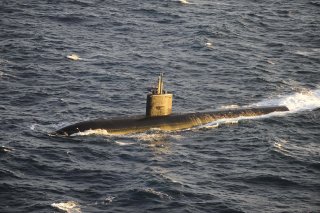 Here's What You Need to Remember: Drones versus subs is essentially an arms race, a contest between an expensive but fragile weapon pitted against hordes of cheap sensor and weapons platforms.

Michael Peck is a contributing writer for the National Interest. He can be found on Twitter and Facebook. This was reprinted due to reader demand.