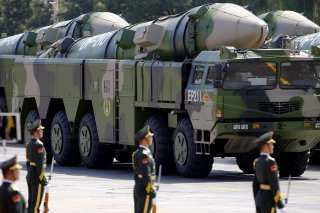 Here's What You Need To Remember: The DF-21D is as much a threat as it is a missile. China is attempting to send a signal: Don't start a war with us if you value your aircraft carriers. At the same time, though, there would be enormous consequences for shooting one at an American ship.