The U.S. Navy Tried to Sink Its Own Aircraft Carrier (And Failed) 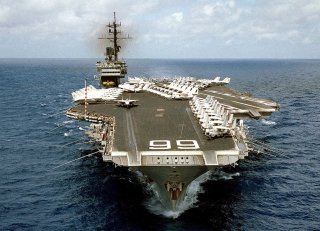 Here's What You Need to Know: Leaving aside the likelihood of a full-scale war breaking out between the world's two leading military powers and economies, sinking a carrier is easier said than done. History underscores the difficulty of the undertaking.

David Axe served as the new Defense Editor of the National Interest. He is the author of the graphic novels War Fix, War Is Boring and Machete Squad.