The U.S. Navy Wants Its Sailors to ‘Talk’ with Robot Warships 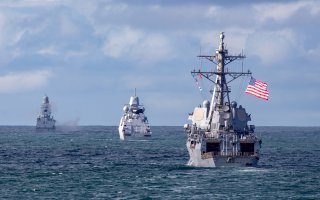 Here's What You Need to Know: Technology already exists to convert voice to text and vice versa.