The U.S. Navy Wants to Rebuild its Entire Computer Network, Can It? 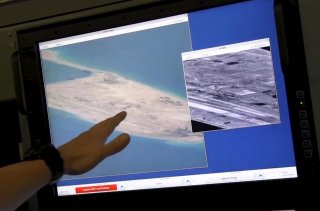 Here's What You Need to Remember: Navy procurement may believe that removing the incumbents is “mission accomplished.” However, in doing so, it has imposed an impossible task to those charged with operating and transitioning these critical IT networks

The U.S. Navy operates several of the largest IT networks in the world. Now, it intends to simultaneously merge those networks and change the way the new, larger IT enterprise is managed and supported. Initially, the Navy hired a single contractor team for the largest of its networks, the Navy-Marine Corps Internet (NMCI), in a project known as the Next Generation Enterprise Network (NGEN). The Navy decided to divide the successor to that project, termed the NGEN-Recompete (NGEN-R), into two blocks, one involving hardware and the other the software and support activities.  In its award of the new contract, the Navy, in effect, made the decision to dismiss the two companies that have supported its IT efforts for decades, in favor of an entirely new company. This is a very risky step that could harm the Sailors and Marines who must rely on these IT networks.

The current NGEN contract supports two of the Sea Services’ primary networks, NMCI and the Marine Corps Enterprise Network (MCEN), which has been in place for many years. NGEN is responsible for networks involving some 400,000 computers and 800,000 users at 2,500 locations, primarily in the continental United States, but also at several Marine Corps sites overseas.

Under the NGEN-R program, the U.S. Navy awarded follow-on contracts to support, maintain and modernize the Navy-Marine IT networks. NGEN-R will provide secure data and information technology services, such as data storage, email, cloud services, and video-teleconferencing for Navy and Marine Corps ships and locations around the world. In addition, the new effort will integrate NMCI, MCEN and the OCONUS Navy Enterprise Network (ONE-Net).

NGEN-R is a departure from the way the Navy previously structured and managed contracts for IT hardware and network support and services. While NGEN is a single all-encompassing contract in which management responsibilities rest with the private contractor, the Navy chose to assume the overall management role for NGEN-R.  In addition, it chose to break up the current effort into multiple contracts. The first piece, called the end-user hardware (EUHW) contract, focuses on the provision of hardware. The second contract, called the service management integration and transport (SMIT), encompasses a wide range of network services, such as software development, systems integration, user support and network defense.

The EUHW contract, which could last nine years and be worth a potential $1.4 billion, was awarded late last year to HPI Federal. The core of this company is the old Electronic Data Systems (EDS), which has supported the NMCI since the early 2000s. This is a relatively straightforward hardware procurement contact with some new twists, such as automatic technology refresh. In addition, EUHW provides the option for the Navy to adopt the hardware as a service model and lease computers and other equipment.

The major portion of the NGEN-R is the SMIT contract, which could last up to nine years and be worth as much as $7.7 billion. This was awarded last month to Leidos, the relatively new spin-off of Science Applications International Corporation.

This decision to go with a new player in the naval networking space removed the two incumbent providers that had supported each of the major Navy-Marine Corp network domains (NMCI and ONE-Net) for a combined 30 years. The first, Perspecta, had supported NMCI since the early 2000s. The second, GDIT, had been supporting ONE-Net through CSRA since 2011. Now, these networks, which form the backbone of the Department of the Navy IT, will be in a state of massive transformation over the next nine months as Leidos takes the helm. When it does, it will be learning how these networks operate and where there have been problems in the past, all while attempting to inject new capabilities into the system.

The Sailors and Marines who rely on these networks now will have to weather the expected hiccups as this massive transition gets underway. Moreover, it is likely that as Leidos tries to get its arms around all the parts of this massive network that needed modernization projects will get pushed back, which means the NMCI/ONE-NET backbone will be anything but new and improved. On top of this, the Navy wants to merge these parallel networks, which is, in itself, a massive task. It will be enough of a challenge for Leidos to learn how the current networks operate, let alone make the changes necessary to achieve the Navy’s lofty goals.

In the way it wrote the requirement and scoring criteria for NGEN-R, the Navy made it clear that it wanted a new company to take over. One way of doing this was to eliminate every consideration for past performance and experience with Navy-Marine Corps networks. This makes no sense, given the massive and complex character of these networks and the Services’ desire to merge and transform them. But Navy acquisition wanted to make a change to demonstrate how forward-leaning they were on procurement reform.

What looks good on paper does not translate to success in practice. By removing nearly 30 combined years of institutional knowledge and experience in running the NMCI and ONE-Net programs, the Navy is making a highly risky bet: that it can orchestrate the transformation of two networks within a mission-essential IT environment without disrupting operations, security or performance. Moreover, in taking on project management responsibilities, the Navy will be supported by a contractor without any experience operating the relevant networks.

The NGEN-R SMIT award comes at a time when the Department of the Navy (DON) is facing enormous pressures. It is facing cuts to the budgets of existing programs in order to fund the development, construction, and sustainment of its bigger fleet, while at the same time struggling to support a high operational tempo and fixing a broken maintenance system. In addition, Department networks are under constant attack by increasingly sophisticated cyber adversaries. Finally, all the Services are struggling to close the technology modernization gap in their IT networks. If SMIT’s objectives are delayed, or costs rise, Sailors and Marines will pay the price.

Navy procurement may believe that removing the incumbents is “mission accomplished.” However, in doing so, it has imposed an impossible task to those charged with operating and transitioning these critical IT networks within the nine-month timeline. Yet again, warfighters will be left to deal with the decisions that procurement folks make without thinking through the operational impacts.

His article first appeared at RealClearDefense. It is being republished due to reader interest.