U.S. Navy's Greatest Enemy Is Red, But It's Not Russia or China. 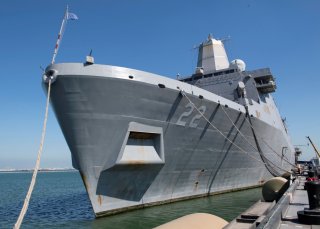 Here's What You Need To Remember: If the U.S. Navy projects a slovenly appearance while, say, China’s People’s Liberation Army Navy shows up in a foreign harbor looking spick-and-span, guess who seems like the trustworthy friend and fearsome foe? Advantage: China. Diplomatic influence goes to mariners mindful of the fundamentals.

James Holmes is J. C. Wylie Chair of Maritime Strategy at the Naval War College and author of the forthcoming Brief Guide to Maritime Strategy. The views voiced here are his alone. This first appeared earlier in 2019.