The U.S. Navy's Littoral Combat Ships Were a Disaster, But There Could Be a Silver Lining 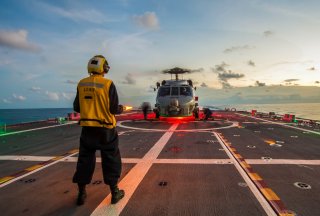 Here's What You Need to Remember: It’s misleading to fixate on the technical characteristics of individual ships, warplanes, or ordnance, as military folk have a habit of doing. A fleet is an organism whose elements must interact with and mutually reinforce one another to achieve victory at sea.