The U.S. Navy's Smallest Ship Maybe the Most Decisive in a Persian Gulf War 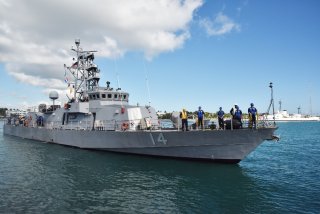 Here's What You Need to Remember: Ten Cyclones, operating from a base in Bahrain, comprise America’s naval vanguard in the Persian Gulf.

David Axe serves as Defense Editor of the National Interest. He is the author of the graphic novels  War Fix, War Is Boring and Machete Squad. This first appeared in June 2019 and is being republished due to reader interest.