The US Is Reaching Debt Levels Not Seen Since 1945 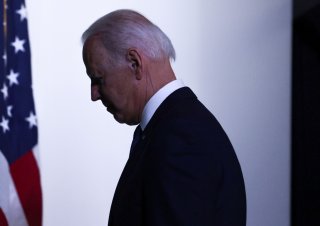 Key Point: The Congressional Budget Office (CBO) on Thursday estimated that the U.S. will be seeped in a $3 trillion sea of red ink by the end of 2021, a measure that’s nearly $745 billion more than the office’s forecast five months ago.

The estimates released this week indicate that Congress will run a deficit that’s equal to 13.4 percent of GDP and will be the second-largest in history since 1945, largely due to coronavirus pandemic-related spending.

Federal debt is also expected to rise to 102.7 percent of the total economy this year, up from 100.1 percent last year, according to the forecast.

The deficit in 2020 reached $3.13 trillion and is currently at $2.06 trillion for this fiscal year, while total government debt hit $28.3 trillion, with the public holding $22.2 trillion.

“The economic disruption caused by the 2020–2021 coronavirus pandemic and the legislation enacted in response continue to weigh on the deficit (which was already large by historical standards before the pandemic),” CBO wrote in the report.

CBO also boosted its estimate for the GDP to increase 7.4 percent by the end of 2021 and 2.8 percent per year through 2025. Unemployment will also reach lower levels, as the office projected the rate will drop to 4 percent next year and stay at a steady pace for several years.

Inflation is also expected to increase 2.8 percent in 2021 as measured by looking at the personal consumptions expenditures index. The PCE index is the Federal Reserve’s preferred gauge of price increases, which last week predicted an inflation rate of 3.4 percent.

The new CBO report omits the infrastructure and jobs proposal that Biden and congressional lawmakers are currently negotiating. A bipartisan group of senators recently struck an infrastructure deal with the president that costs roughly $1 trillion that focuses spending on traditional infrastructure needs like roads and bridges. Biden and Democrats also hope to pass a nearly $1.8 trillion bill to pump federal funds into programs like early childhood education and tuition free community college.

Republicans will likely refer to the CBO report to argue that Biden’s spending initiatives are too costly, especially during a time when the U.S. is on a path toward recovery.

“The strong economic growth projections from CBO show that it is time to pivot away from further deficit financing and towards paying for things and, ultimately, decreasing the national debt from its current path,” Mayra MacGuiness, president of CBO, said in a statement.

Rachel Bucchino is a reporter at The National Interest. Her work has appeared in The Washington Post, U.S. News & World Report and The Hill.