The USS Maryland Survived Pearl Harbor, Continuing On with Her Duties 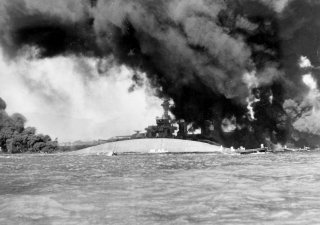 Here’s What You Need to Remember: Could America have done more with the Pearl Harbor survivors in the first year of the war? Perhaps, but forcing an engagement was a struggle for slow battleships. Later in the war, as Japan became more desperate, Maryland could perform the role she was built to play.