Is the USS Missouri the Best Battleship on Earth? 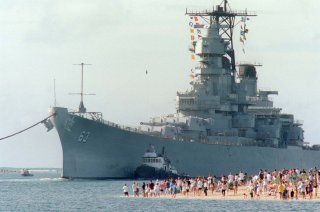 Here’s What You Need to Remember: Because of their length and narrow lines, the Iowas were the pinnacle of battleship design.