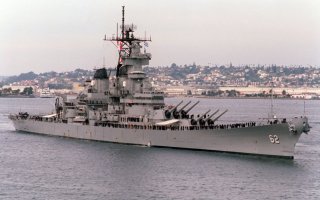 Here's What You Need to Remember: Over the course of her relatively short Vietnam patrol New Jersey fired 5,688 16-inch gun rounds and 14,891 five-inch gun rounds, far more than she fired during World War II and the Korean War combined. She was never seriously attacked by North Vietnamese forces.