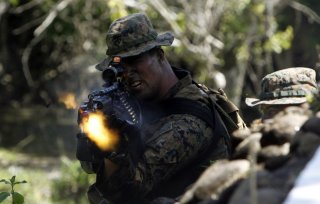 Here's What You Need to Know: While one can understand the desire on the part of some politicians and even some senior military leaders to elevate USSOCOM to its own service, such an ill-conceived idea will likely only result in the creation of a neutered and bloated special operations service.

An intriguing op-ed appeared in Military Times on March 7th, 2021, and it deserves a wide distribution given that it addresses a question that this author frankly did not know was percolating out there in the “SOFosphere.” It would have tremendous implications on U.S. Special Operations Forces (USSOF) if the question it addresses were answered in the affirmative. That question is: should USSOF be its own stand-alone service within the U.S. military?

First, to clarify: U.S. Special Operations Command (USSOCOM) is a unified combatant command on the same level with the various U.S. geographic combatant commands (GCC’s), such as the U.S. European and Central Commands, and the other several GCC’s that have long existed. That elevation of USSOCOM to a unified combatant command happened post-9/11, in 2005, through an act of Congress and as a direct result of the significant role played by USSOF in the global war on terrorism (GWOT), to use the passé term for the decades-long military campaign. To be precise, USSOCOM was elevated to the level of a GCC to coordinate U.S. military global efforts against terrorist networks.

The question of whether or not to elevate USSOCOM once again, this time to the same level as the U.S. Army, Navy, or newly-created Space Force, is a whole different animal. That is the question the op-ed seeks to address. The op-ed’s author is retired U.S. Army Lieutenant General John F. Mulholland, a career U.S. Special Forces officer, former commander of 5th Special Forces Group, and former commander of the U.S. Army Special Operations Command. In other words, he is not a think-tank guy, or a bureaucratic enemy of USSOCOM, seeking to preserve the power of the big service chiefs. Mulholland is a SOF guy, through and through, and he strongly advocates that the answer to the question of SOF as its own service should be a resounding “NO.”

Mulholland’s primary argument can be distilled down to one sentence contained in the op-ed:

“In short, to compel USSOCOM and USSOF into its own formal service would force it to behave in a way intrinsically opposed to its purpose for existence.”

USSOF operates, ideally, in a way fundamentally different from “conventional” U.S. military forces. Special Operations Forces in any country should, in a perfect world, be quick-reacting, nimble, unconventional in thought and organization, and unencumbered by the bureaucratic chains that have conventional forces weighed down like Jacob Marley in Dickens’ “A Christmas Carol.”

Now, have USSOF always acted in this lithe, efficient, and nimble way? Of course not. The real world rarely ever matches the ideal. However, elevating USSOCOM to a formal service alongside the U.S. Army and Navy will only serve to bind Marley’s chains to USSOCOM permanently, thus guaranteeing that USSOF will in no way be the most capable and reactive force available to the Commander-in-Chief.

That is the point Mulholland is making in his op-ed. He is a proponent of USSOCOM being given operational authorities that allow it to directly coordinate, plan, and execute operations, but he is just as adamantly opposed to USSOCOM being given the “more expansive duties and responsibilities of the services” that require focus on bureaucracy, institution building, procurement, personnel issues, and all of the other non-operational concerns that service chiefs must address.

This author is in absolute agreement with Mulholland on this point. While one can understand the desire on the part of some politicians and even some senior military leaders to elevate USSOCOM to its own service, and thus create — in their minds — a super-SOF that will dominate the global battlefield, such an ill-conceived idea will likely only result in the creation of a neutered and bloated special operations service that focuses more on quotidian bureaucratic concerns than on getting out there and completing the mission in the most effective and reliable way possible.

It is the latter focus that America needs most from its SOF: that myopic, mission-focused, obsessive attention to battlefield success above all else. To ask USSOF to do anything other than that, or to be any other way, is a grave disservice to those units and to the country.

This article first appeared at Sandboxx in March 2021 and is being republished due to reader interest.