Video Alert: The Truth about the Drone Attack on an Israeli Tank 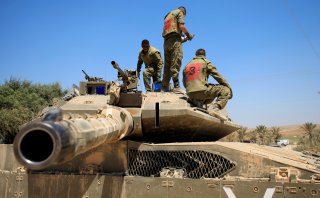 Here’s What You Need to Remember: Did an Islamic Jihad drone drop a bomb an Israeli tank outside Gaza?

Islamic Jihad, a violent group based in Hamas-controlled Gaza, claims it did. Others aren’t so sure.

So was this an actual drone attack, or some doctored film? The best answer is that even if it wasn’t a real drone attack, it could have been – and someday it will be. Israel is one of the world’s leaders in drone technology: the U.S. military has used several Israeli designs, as have other nations such as India. But the fact is that Israel’s enemies also have drones.