VIDEO: Did an Islamic Jihad Drone Drop a Bomb on an Israeli Tank? 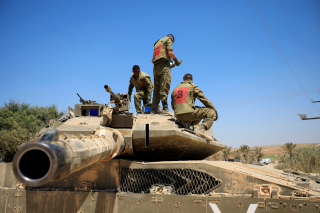 Here's What You Need to Remember: The problem is one of asymmetry. Israel has sophisticated, expensive drones designed to attack heavily defended targets in Iran or Syria. For organizations like Hamas or Hezbollah, merely dropping a bomb on an Israeli town or tank – even if it does no damage – is a political victory.

Did an Islamic Jihad drone drop a bomb an Israeli tank outside Gaza in 2019?

This piece was originally featured in June 2019 and is being republished due to reader's interest.