Vietnam War: Could America Have Won By Using Nuclear Weapons? 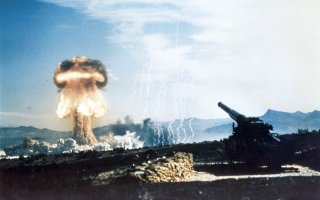 Here's What You Need to Remember: he haplessness of the Army of the Republic of Vietnam (ARVN) has been overstated, but both foreign observation and direct military experience showed that it struggled to match its northern counterpart on even terms, even when fighting on its own territory.