Virginia Man Gets 70 Months in Jail for Stimulus Check Fraud 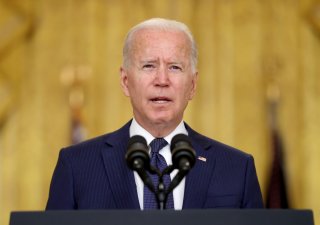 Here's What You Need to Remember: “The FTC will use all of its enforcement authority to come after bad actors who try to take advantage of people anxiously awaiting relief,” Rebecca Kelly Slaughter, acting chairwoman of the FTC, said at the time, per the AARP.

A Virginia man this week was sentenced to nearly six years in prison after he was convicted of creating counterfeit stimulus checks, both to steal money and to purchase goods for himself.

The thirty-nine-year-old man was convicted of bank fraud and aggravated identity theft.

“The defendant’s extensive fraud scheme involved the unlawful acquisition of personal identification information belonging to over 150 individuals,” Raj Parekh, Acting U.S. Attorney for the Eastern District of Virginia, said in the announcement from the Department of Justice.

“In addition to causing financial harm to the individuals from whom he stole checks and credit cards, the defendant’s sweeping criminal conduct also inflicted emotional harm and distress to his identity theft victims. As this case demonstrates, we are determined to hold accountable those who seek to illegally enrich themselves by defrauding and stealing from our residents.”

The scam worked as followed, according to the government release: The man “stole U.S. mail addressed to more than 150 individuals in Fairfax and Loudoun counties.” In addition to more than $700,000 in checks, one of which was an actual stimulus check, the defendant stole “bank statements, credit cards, credit card statements [and] W-2 forms.”

The man, per the announcement, “used the stolen stimulus check to create counterfeit stimulus checks ranging from $1,200 to $2,400, and he negotiated his own authentically issued stimulus check twice.” He also “used the personally identifiable information of several individuals without authorization to lease an apartment; open bank accounts; and attempt to conduct fraudulent transactions through counterfeit checks, forged checks, unauthorized use of credit cards, and wire transfers.”

The News and Observer also wrote about the case, reporting that the man had been out on bond for mail theft charges when “more than $700,000 in business checks reportedly disappeared from a Virginia mailbox.” He has been in jail since he was arrested last November. That story also said that the man had used his ill-gotten funds to purchase patio chairs at Target.

Last March, around the time of the passage of the American Rescue Plan Act, the AARP warned its members about the possibility of fraudulent stimulus checks, including letting them know what a real check looks like.

“The release of the prototype of the check is intended to deter counterfeiters by showing consumers, retailers and financial institutions what a genuine check looks like, describing the watermark paper and other security features,” the AARP said.

“The FTC will use all of its enforcement authority to come after bad actors who try to take advantage of people anxiously awaiting relief,” Rebecca Kelly Slaughter, acting chairwoman of the FTC, said at the time, per the AARP.