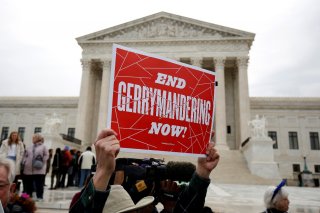 When voters cast their ballots in November, they won’t just decide who will be president in 2021 – they will also have a voice in determining the partisan makeup of Congress until 2030. Following each census, which happens every 10 years, states are required to adjust their congressional district boundaries to keep district populations equal.

District boundaries can profoundly shape election results – most notably when they are drawn in ways that benefit one political party or the other.

In the 2011 redistricting after the 2010 census, for example, Pennsylvania’s Republican-led legislature drew up districts that significantly disadvantaged Democrats. In the state’s 2012 congressional elections, Democrats won a majority of the votes, but Republicans won two-thirds of the state’s 18 seats in Congress. Our research has found that similarly biased redistricting – called partisan gerrymandering – is common across the country.

Most states give the power to draw new boundaries to their legislatures. So when voters in November pick among the candidates for state legislatures, they are choosing the people who will make the new electoral maps. That means the 2020 election will potentially affect the balance of power and the degree of partisan conflict in the House of Representatives for the next decade.

In drawing new boundaries, state legislators usually have very few constraints. The U.S. Constitution requires that each congressional district should represent a roughly equal number of people – except in states with too few people to have multiple districts – Alaska, Delaware, Montana, North Dakota, South Dakota, Vermont and Wyoming. They all get at least one representative in Congress.

But other than that, state lawmakers make their own rules. So it’s not surprising that congressional district lines tend to unfairly advantage the party whose members are a majority of the group drawing the lines.

In the seven small, single-district states and the District of Columbia, this isn’t a problem because the state boundaries are also those of the congressional district. In five others – Hawaii, Idaho, Maine, New Hampshire and Rhode Island – there are only enough people to warrant two congressional districts, making it statistically impossible to manipulate district boundaries to advantage one party.

But of the remaining 38 states, our analysis found that 22 created gerrymandered districts that benefited one party or the other. Other political scientists have come to similar conclusions after their own analyses. This is true despite the natural, nongerrymandered tendency for like-minded people, especially Democrats, to live near each other.

Most of the partisan gerrymandering created after the 2010 census benefited the Republican Party. That is because Republicans won control of many state legislatures in the 2010 elections, and then delivered congressional districts in their favor.

The bias from partisan gerrymandering was so high after the 2010 round of redistricting, particularly in seven states – Michigan, North Carolina, Pennsylvania, Ohio, Wisconsin, Virginia and Florida – that the 2012 elections produced a House of Representatives controlled by the Republican Party even though Democratic congressional candidates won more votes nationwide.

The 2020 state legislative elections will be similarly decisive of who will control the redistricting process, and what congressional elections will look like for the next decade.

There are efforts to fix the redistricting process. In 2019, the Supreme Court effectively barred federal courts from considering whether partisan gerrymanders are constitutional, so reformers must look elsewhere for a solution.

Reform movements are working to take control of district boundaries out of the hands of legislators.

Several states have pioneered ways to draw their congressional boundaries more fairly. In New York, for instance, there is a commission that will advise lawmakers on potential maps that avoid partisan advantages. In Arizona and California, independent commissions have complete control over the district boundaries.

In New Jersey and Hawaii, commissions made up of politicians and political appointees draw the boundaries. And in three states – Connecticut, Indiana and Ohio – the legislature gets a first attempt to draw the boundaries, but must relinquish power to an independent commission if lawmakers can’t agree.

In some states, citizens have created independent redistricting commissions by popular referendum – through ballot propositions or initiatives – when legislators didn’t want to strip themselves of this key power. Colorado, Michigan and Utah all did this in 2018. Voters in Virginia will be given an option in the 2020 election to hand redistricting authority over to an independent commission.

Our research and others’ has found that commissions of all types tend to produce maps that are less biased than legislative ones. However, redistricting reforms in some states are now facing a backlash from state lawmakers who are attempting to reclaim power over the redistricting process through legislation, lawsuits or ballot measures of their own.

In presidential election years, the public is obviously focused on the race for the White House, but the decisions voters make in state legislative races affect the partisan composition of Congress for years to come. Without changes in who draws district lines, the U.S. is likely to enter another decade in which congressional elections are shaped not by everyday voters but by those who hold the power.