Voting By Mail Could Be a Logistical Disaster 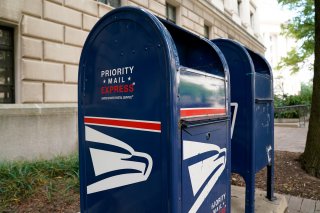 Approximately 8,000 local election offices in the United States will have a role in carrying out the 2020 election. These offices manage almost 186,000 voting precincts and rely on state, county and local employees to run elections.

Some of these offices are poised to handle mail-in voting in the midst of the COVID-19 pandemic. Others are not.

To carry out an election by mail, each of these hundreds of thousands of offices and employees will need to coordinate to make sure that ballots are processed in a fair, consistent and timely manner.

What does this process entail? Take the example of Florida. In order to vote by mail, an individual must request a ballot from one of the state’s 67 Supervisors of Elections offices. Employees in each of these offices process requests according to standards set by Florida law and guidance from the Florida Secretary of State’s Division of Elections.

Once a voter picks up or receives her ballot by mail, they may either mail the ballot back to the office that issued the ballot or return the ballot to a secure drop box. The office then reviews the ballot to make sure it meets legal requirements to be counted.

Processed ballots go to the County Canvassing Board, which meets to certify the ballots and tabulate the results. Finally, the Canvassing Board reports the results to the Florida Secretary of State, who can order a recount if necessary.

It is a complex process, involving multiple state agencies. And Florida’s process is not unique. Each state has its own set of rules regarding how to distribute, manage and count ballots.

The Elections Clause of the United States Constitution grants states the right to regulate and administer elections. This means that, while Congress has passed laws to expand election access and protect voting rights, the legal framework governing both federal and state elections varies state by state.

This results in a highly decentralized electoral system.

Money is one of the most important factors influencing how state and local governments run the 2020 election.

In some states, local governments must bear the entire financial burden of election administration. In others, state governments will reimburse local authorities for certain electoral costs such as ballots or other voting equipment.

Regardless of who bears the financial burden of elections, the universal and most frequent complaint from those who administer elections at the state and local level is a lack of resources

The true cost of election administration – printing ballots, maintaining voting equipment, compensating election officials and disseminating voter information, among many other tasks – in the U.S. is unclear. Some estimate it at US$2 billion per year.

Ensuring all voters have access to vote by mail is even more costly.

Not all 8,000 offices have the ability to shoulder these administrative costs.

Because not all states are equally prepared for mail-in voting, some states have to invest much more to ensure that they are able to process an increased volume of mail-in votes.

For example, five states currently use vote-by-mail as their primary means of election administration. But more than 80% of voters in other states, including key battlegrounds like Pennsylvania and Virginia, cast ballots in person on Election Day in 2018.

Introducing more widespread mail-in voting to states like these typically involves legislative changes, new government contracts and coordination across a variety of state agencies such as local elections offices and chief elections officials, boards, or commissions and new procedures for counting votes.

The financial implications of the COVID-19 pandemic have made the switch to mail-in voting even more complicated. Decreases in state revenue mean that some state and local governments cannot afford to invest in election administration. According to Brian Sigritz, director of State Fiscal Studies at the National Association of State Budget Officers, “Some states are projecting revenue declines of up to 20% between now and the end of fiscal 2021.”

While the CARES Act did provide $400 million to help state and local authorities, states are required to match 20% of the funds they receive. Some states simply do not have the money to do so.

New York state Elections Commissioner Peter Kosinski put it this way: “More resources, more personnel, more funding, and more patience would help. It’s easy to criticize us, but it’s not easy to do our jobs.”

Even if mail-in voting theoretically is available across most jurisdictions, citizens likely will have different voting experiences depending upon where they live.

Varying administrative resources and capacity often influence election administration. In some places, like rural Nebraska, the office that oversees elections may contain one permanent staff person and a handful of part-time workers. In other places, like in Los Angeles, election officials manage a complex system involving longer ballots, more precincts and more employees.

Even in normal circumstances, election administrators rarely operate under clearly defined procedural processes or have effective training. This tends to result in variation with respect to how they implement election law and interact with citizens.

The COVID-19 pandemic has only exacerbated this problem. For example, in Baltimore’s mail-in primary some ballots were misprinted and there were problems tabulating returns. In Florida and Georgia, voters from racial and ethnic minorities are more likely to cast ballots that election administrators subsequently reject.

These examples have real consequences. If a state’s election administrators fail to follow uniform procedures for issuing, processing and counting ballots, then the Constitution’s guarantees of equal treatment and fundamental fairness are violated.

Here’s an example: Take the contested 2000 presidential election between George W. Bush and Al Gore. In that election, Florida’s election administrators used varying standards to determine whether ballots were legally cast. The Supreme Court held that this variation violated the minimum requirements of the Constitution.

History suggests that making sudden policy changes to election administration without paying attention to the administrative burdens they create can bring implementation risks and constitutional challenges.

The November election is a little over two months away. Will states be able to bear the burden?