The W93 SLBM Warhead Will Deter America And Britain's Enemies 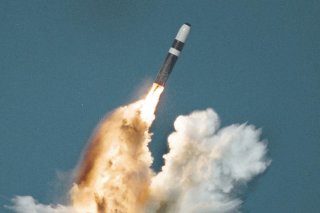 In his 2009 Prague speech, President Obama declared that "As long as [nuclear]weapons exist, the United States will maintain a safe, secure and effective arsenal to deter any adversary, and guarantee that defense to our allies.”  To ensure that goal, he advanced a modernization program for America’s aging nuclear forces.  President Trump, in his 2018 review of U.S. nuclear posture, reaffirmed that commitment and carried forward the program for force modernization that now will include a new program for a modern SLBM warhead—the so-called W93 to be carried in a new Mark 7 reentry vehicle.

The requirement to maintain a safe, secure and effective arsenal is often taken to mean the replacement of America’s aging strategic triad forces and their command and control.  That effort, while truly vital, is only half what is needed.  The other half is to have a modern and functioning nuclear weapons complex.  This task involves repairs to the facilities which make up the complex, a significant portion of which date back to the Manhattan Project and early Cold War periods; it involves regaining capabilities we have allowed to lapse, such as the ability to manufacture so-called "war-reserve" pits for nuclear warheads; finally, it involves refreshing the scientific and engineering prowess of the DoD and DoE in order to be able to design, when needed, modern nuclear warheads and the reentry vehicles which carry them.  The United States has not designed and developed a modern nuclear warhead or fielded a new reentry system in over thirty five years (since Ronald Reagan was President).  The scientists and engineers who performed this all important work are nearly all retired, and some are no longer with us.  Before the surviving veterans finally pass from the scene, it is absolutely essential that a new generation of scientists and engineers become proficient in continuing this legacy.

The 2021 President’s budget requests funding, among other things, for beginning initial design feasibility work on the W93 and Mark 7 reentry vehicle.   If authorized and funded by Congress, the W93 design will be based on previously tested nuclear designs and will not require additional nuclear explosive testing to certify its safety and reliability.  It will draw from extensive stockpile component and material experience.  The W93 program proposes to incorporate modern technologies to improve safety, security, and flexibility to address future threats—and be designed for ease of manufacturing, maintenance, and certification.  In addition to that, the W93 program supports other critically important national security goals:

Amidst the understandable public and media focus today on the COVID crisis, the modernization of our nuclear deterrent is rarely discussed.  The need for that will exist long after COVID is behind us.  Russia and China and North Korea have increased their reliance on nuclear weapons.  Returning to Mr. Obama's pledge, the United States must have a safe, secure, and effective nuclear deterrent.  So, too, must our closest ally.  As our two nations' deterrents are modernized, the W93 program will be a necessary element.