Wanna Know Why North Korea Is A Military Powerhouse? One Word: Russia 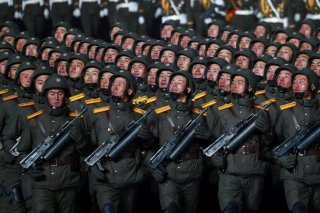 Here's What You Need to Remember: There is little historical question that North Korea’s defense industry was not only founded and sustained by direct Soviet military-technological transfers over a period of half a century, but that Soviet and Soviet-licensed hardware continues to be a pillar of North Korea’s current military equipment roster. However, the USSR’s Russian successor has been much less willing to act as a military beneficiary of Pyongyang.