Want to Fly the Lockheed A-12? You Had Better Be Married 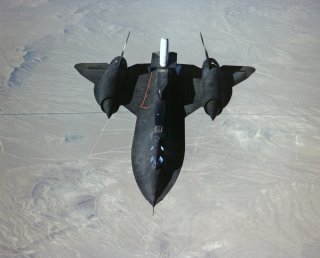 Here’s What You Need to Remember: The marriage requirement had nothing to do with flying ability.

"Project Oxcart,” the Skunk Works project responsible for the development of the Lockheed A-12, created one of the fastest jet aircraft in history. The A-12 was enormously innovative, bearing a revolutionary design based on titanium rather than aluminum or steel. Up to that time, no plane had ever been built with titanium before, and the United States lacked sufficient quantities of the metal for aircraft production. To compensate for the titanium shortfall, the CIA secretly obtained it from the world’s largest producer—ironically, the Soviet Union.

When the plane finally entered the custody of the U.S. Air Force, its existence was a carefully guarded secret, and the military established a process for rigorously screening which of its airmen were best qualified to pilot the new jet. In cooperation with the CIA—and with the head of Skunk Works, Clarence “Kelly” Johnson—the Air Force put together a list of criteria, described by CIA historian David Robarge:

"Pilots had to be currently qualified and proficient, with at least 2,000 total flight hours, 1,000 of them in the latest high-performance fighter jets; married, emotionally stable, and well-motivated; between 25 and 40 years old; and under six feet tall and 175 pounds so they could fit in the A-12's cramped cockpit.”

Most of these requirements make sense: flying experience, height and weight, and ability to function professionally under extreme pressure. But marriage? Why would married pilots be more proficient at flying the A-12 than unmarried ones?

In 1962, as the plane was prepared for its maiden flight, more than a dozen U.S. servicemen and intelligence officials had already defected to the Soviet Union, including a U.S. Air Force officer. The spate of defections raised serious concerns about security leaks, and it did not escape the Pentagon’s notice that a Soviet-sympathetic airman tasked with flying over the USSR and taking pictures would find it singularly easy to defect. All he would need to do was enter the country on his mission and land, handing over one of the military’s most prized aircraft to Moscow for reverse engineering on a silver platter.

But would anyone defect with a family at home? The Air Force thought not, and they were right: no A-12, or its successor aircraft, the SR-71 Blackbird, ever ended up in Soviet hands. Then again, they might not have anyway; extensive and rigorous testing was required for A-12 pilots, probably weeding out all but the most dedicated turncoats.