Want to Join the CIA? Better Buff Up That Super Spy Resume 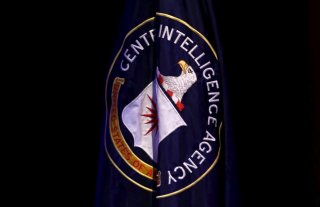 Here's What You Need to Remember: The CIA also recommends that candidates, though not required, should have some experience in the military, security, or law enforcement. Since the agency is concerned with national security, any relevant experience in those fields will surely be valuable.

Individuals who work in the Central Intelligence Agency (CIA) often play an important role in the security and protection of the United States and its citizens.

To become a successful CIA agent, you should be able to collect and evaluate intelligence information as it pertains to national security, review foreign newspapers, magazines, and other media sources for important information, examine satellite imagery to monitor threatening activity, decipher coded messages from foreign states, write reports to relevant government authorities based on data gathered, and cooperate with other federal agencies to help investigate international crime and terrorism.

Sounds like a handful, but it does not end there. You also must have earned at least a bachelor’s degree (a master’s degree may be better for more specialized career paths) and must pass an array of background checks, which can include psychological testing, fitness testing, drug testing, and polygraphs.

These extensive background checks are conducted to make sure that you have no allegiances to other foreign states that could bring your loyalty to the United States into question. Be aware that the entire pre-employment processing could take up to a year.

A CIA agent should also be fluent in one or two foreign languages. Since agents often work in foreign countries where English isn’t the primary language, such a skill will be very beneficial to any mission.

Currently, Middle Eastern and Asian languages like Arabic, Korean, Russian, and Japanese are particularly in high demand. Moreover, having experience of living and working abroad is viewed as a positive, as it shows that you have the ability to quickly adapt to a foreign culture.

The CIA also recommends that candidates, though not required, should have some experience in the military, security, or law enforcement. Since the agency is concerned with national security, any relevant experience in those fields will surely be valuable.

If you’re still in school and boast at least a 3.0 GPA, know that the CIA does offer undergraduate co-ops and internships that are paid. This program gives college students an amazing opportunity to gain experience in the day-to-day operations of the agency. Depending on your personal interests and skills, you can choose from five internship and co-op categories: analysis, clandestine, STEM, enterprise and support, and foreign language.

If your application to become a CIA agent is still eligible to progress, you will then have to go through an internal training program. In addition to the basic policy and procedures training, much of the future preparation will be focused on the type of service you are entering. If you are in clandestine service, you will enroll in the eighteen-month Clandestine Service Trainee Program, while those in investigations will complete the Criminal Investigator Training Program.