Want to Know What Makes the F-35 So Good? Just Ask a Pilot 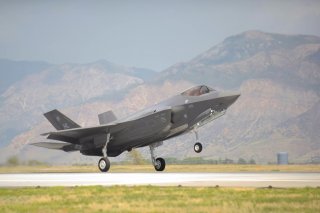 Here's What You Need to Know: As a high-visibility, expensive acquisition program, the F-35 has many vocal detractors and advocates; the aircraft has, to be sure, had its share of developmental problems over the years. some of these problems include complications with its main computer system, called ALIS, and a now-corrected engine fire aboard the aircraft.