Want to Mine the Taiwan Strait? Send in These Bombers 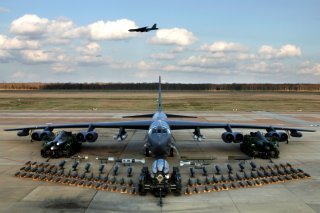 Here's What You Need to Remember: The Air Force operates more than 70 B-52s and, in the event of war, could deploy dozens of the huge planes to the Asia-Pacific region or fly them from the United States for missions over the Pacific war zone. It’s not hard to imagine formations of B-52s quickly laying hundreds or even thousands of mines.