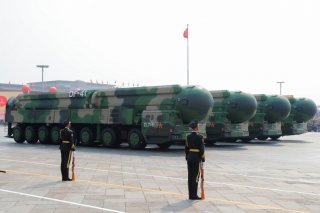 Here's What You Need to Remember: There’s a whiff of the 1930s in the air in East Asia today. But if the nature of geopolitical struggle never changes, the character of individual struggles is forever changing. How might warmaking technology and methods devised since the days of Hitler and Stalin shape the course of a future war?