Want To Shoot Like U.S. Marshals? They Buy an Old 1911 Pistol 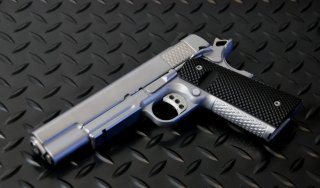 This article first appeared in November 2011.