Want to Sink an American Aircraft Carrier? Here's What it Takes 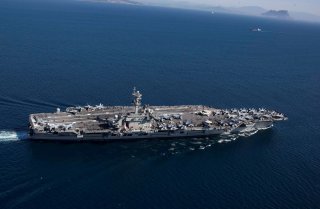 Here's What You Need to Remember: Sinking just one carrier could kill 5,000 Americans, Lou pointed out. Sink two, and you double the toll. "We’ll see how frightened America is" after losing 10,000 sailors, the Chinese admiral crowed.

A Chinese admiral and pundit once told a trade-show audience that Beijing could resolve China's territorial disputes by sinking two U.S. Navy aircraft carriers and killing thousands of American sailors.