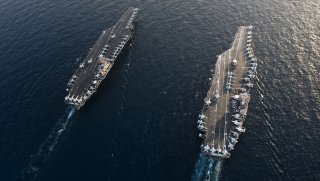 Here's What You Need To Remember: Much would depend on the effectiveness of the attack. Even an unsuccessful attempt at attacking a supercarrier (an intercepted submarine sortie or a volley of ballistic missiles that failed to reach the target, for example) would carry escalatory risks.

Robert Farley, a frequent contributor to TNI, is a Visiting Professor at the United States Army War College. The views expressed are those of the author and do not necessarily reflect the official policy or position of the Department of the Army, Department of Defense, or the U.S. Government. This article first appeared in 2019.