War is Changing, But the Countries with the Best Navies Aren’t 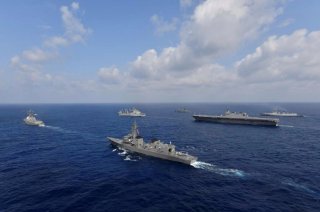 Here's What You Need To Remember: The role of navies worldwide has expanded in the past several decades to include new missions and challenges. Navies are now responsible for a nation’s strategic nuclear deterrent, defense against ballistic missiles, space operations, humanitarian assistance and disaster relief. With that in mind, here are the five most powerful navies in the world.