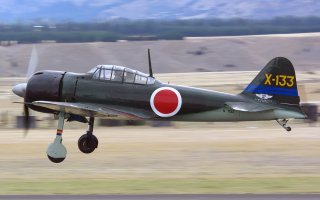 From all around the compass, the Japanese suicide planes descend on your U.S. Navy destroyer. On the port bow, a Zero fighter skims the waves. From astern, a Betty bomber plunges toward your aft gun turret.

On the starboard side, an Alf seaplane, its pilot Hell-bent on smashing his aircraft—and himself—into the ship’s bridge.

This is Picket Duty, the board game that puts you in command of a destroyer during the epic struggle between the U.S. Navy and Japanese kamikazes off Okinawa during World War II.

It’s the spring of 1945. A massive U.S. force has invaded the island of Okinawa, close to Japan and Japanese airfields. You are the captain of a Fletcher destroyer. Your mission is picket duty. You’re a floating radar station, meant to give the fleet early warning of raids by the dreaded kamikazes.

And now the storm is upon you. The Japanese are determined to sink carriers and battleships. But as they fly toward the fleet from Japan, yours is the first ship they will encounter. The barely-trained kamikaze pilots will attack the first target they see.

Which happens to be your destroyer. What are you going to do?

Picket Duty is a solitaire game, which means that you command the destroyer, while the game’s numerous charts and dice-rolls control the kamikazes.

The game consists of a two-by-three-foot paper map with a top-down diagram of a Fletcher-class destroyer, marked with five-inch, 40-millimeter and 20-millimeter gun mounts.

Other tracks monitor ammunition supply, fuel supply, hull integrity and—for when the kamikazes get through—how badly the ship is listing and flooding.

Picket Duty also comes with around 420 cardboard pieces that are some of the most attractive counters ever in a paper war game. Most striking are the kamikaze pieces, featuring a variety of Japanese aircraft and their American-assigned code names. Betty, Peggy, Frances, Jake, Nate and, of course, Zero.

Game-play is intricate but straightforward. You choose a scenario during the Okinawa campaign in either March, April or May 1945—choosing a later date means a greater chance of friendly fighter and radar cover. Before the game begins, you roll dice to determine which of 16 radar picket stations your destroyer will patrol. Some are more likely to fall under attack.

If you’re lucky, you will get land-based or carrier-based fighters for protection, anti-aircraft support from neighboring ships or bad weather that will ground some Japanese planes.

If not, you’re on your own.

Each turn in Picket Duty is one day, divided into a morning, mid-day, and evening sub-turns, plus an end-of-day ship maintenance phase. There’s a chance each sub-turn that the kamikazes will attack. If they do, it may be one or two planes. Then again, it could be a kikusui mass attack of 13 or 14 suicide aircraft spread over multiple waves.

The kamikazes can strike from multiple directions and at low, medium or high altitudes. Friendly fighters and warships may shoot down a couple. But if a dozen airplanes are diving on your vessel, all you can do is fire guns … and hope.

Combat in Picket Duty boils down to fire control. A Fletcher-class destroyer is armed to the teeth with five five-inch, five dual 40-millimeter and seven single 20-millimeter weapons mounts distributed across the ship.

The dilemma is field of fire. Each weapon has a designated firing arc, and if five kamikazes are coming in on the starboard bow and four more on the port bow, there aren’t enough weapons in the front of the ship to engage them all.

All you can do is choose the most threatening targets, use evasive action to dodge others, and hope that the rest of the kamikaze pilots have really bad aim.

Your weapons have different capabilities. The five-inch guns can smash a plane with a single hit. But they have difficulty hitting low-flying aircraft. The 20-millimeters can hit low-flying planes, but they do less than damage than big guns.

Your best anti-aircraft defense is the 40-millimeters. But even then, you have to totally destroy a kamikaze. A damaged plane can still strike your ship.

Those kamikazes that penetrate the American defenses roll dice to determine if they hit, near-miss or miss completely. Hits can damage compartments, start fires or flood the ship—for which you can compensate with counter-flooding.

That’s when damage control comes into play. Besides damage control parties, the game includes counters for key officers such as the captain and engineering officer, who can assist the repair process.

There’s a slim chance that a single catastrophic hit will sink your ship. But otherwise, it’s accumulated damage that dooms an unlucky vessel.

Besides several one- and two-day scenarios, a player with a surplus of free time can opt to play a three-month campaign. If he loses a ship, he takes over another. Victory is losing fewer than the eight Fletcher-class destroyers the Japanese actually sank at Okinawa.

As a game, it’s tension-filled entertainment. But there’s a lot of dice-rolling that can get a bit tedious at times. A bigger problem is how easy it is in the game to swat down or evade kamikazes.

That’s somewhat historical. Just over 18 percent of kamikazes either hit or near-missed their targets, at a cost of more than 2,500 aircraft and nearly 4,000 pilots.

Yet when I played the game, out of one kikusui that came in with 13 kamikazes, I shot down 10—and two more failed to hit the ship. Only one struck my destroyer, and even then, it only inflicted minor damage to the rudder.

Had a couple of dice rolls gone down differently, so might the ship. Nonetheless, publisher Legion War games has added an optional “bloody” variant to make kamikazes more deadly.

But one doesn’t play an historical war game like Picket Duty simply as a game. Those who desire pure entertainment can play a first-person-shooter video game. The value of Picket Duty is that it’s also an historical simulation that gives the player of sense—if only abstractly—of what it was like to command an American destroyer in the teeth of a kamikaze offensive.

What the game offers isn’t just a feeling of danger. It’s a feeling of being overwhelmed, surrounded, beset by hordes of airplanes like swarms of giant bees.

On the other hand, one can almost pity the Japanese pilots, many of whom didn’t volunteer for certain death. When even a small warship like a destroyer can put up enormous amount of flak, it’s easy to see why so many kamikazes got shot down.

In the end, Picket Duty isn’t just an historical war game. It’s almost a narrative, a do-it-yourself story in game form, of little ships facing big odds. It is almost an anti-heroic game. You’re not engaging in gun duels with Japanese warships or depth-charging submarines. Your goal is merely to survive.

In the kamikaze-filled skies off Okinawa, that was victory enough.

This article first appeared at War is Boring in 2014.