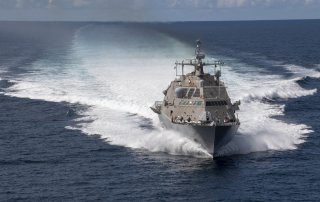 Here's What You Need to Know: The Navy drastically curtailed its LCS program in favor of buying tougher, more-heavily-armed frigates.