War Questions: How Effective Is the Iron Dome? 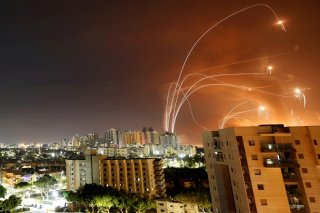 Here's What You Need to Remember: Critics have questioned the accuracy of the IDF’s Iron Dome statistics during the 2014 Gaza conflict. But with four Israeli civilians dead (though one was hit by an anti-tank missile fired directly from Gaza), even Israelis are expressing doubts about the system.

This article was first published in 2019 and is being reposted due to reader interest.