Warship Battle: Could an Iowa-Class Battleship Sink the Nazis' Bismarck 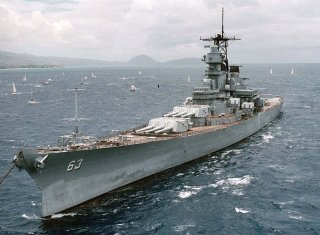 Key point: These battlewagons were the best of the best. But the Iowa would outclass Berlin's finest ship.