Was America's Entry Into World War I a Bad Idea? 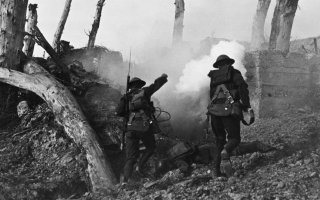 Key Point: World War I reminds us that the consequences of war are extremely difficult to predict and often impossible to control.