Was an Insurgent Sniper Deliberately Targeting U.S. Troops in 2010? 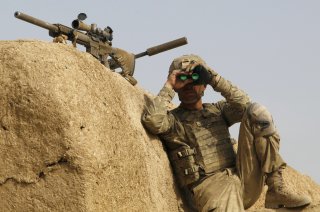 Here’s What You Need to Remember: Gunfire and rockets erupted on both sides of the American patrol. It was the night of March 28, 2010, in Kunar province, along the Pakistani border in eastern Afghanistan. The ambush was one of at least two apparently coordinated attacks that struck U.S. Army forces operating from two small bases in the province’s main river valley.