Was a Nazi Victory Over the Soviet Union Possible? 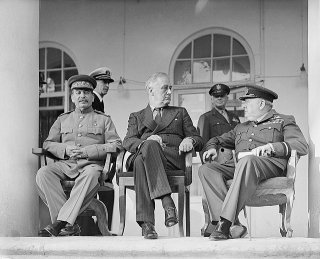 Here's What You Need to Remember: It was hardly irrational for the Germans to believe that the Soviet Union might collapse from the multiple blows the invasion would inflict.

Even by the standards of World War II, the Eastern Front stands out as a cauldron of horror. Over four years of war, millions of soldiers and civilians died as Nazi Germany and the Soviet Union pummeled each other relentlessly. Although the Germans inflicted serious damage in 1941 and 1942, the Red Army took the offensive in late 1942 at the Battle of Stalingrad, and slowly ground the Wehrmacht into dust over the course of the next three years.