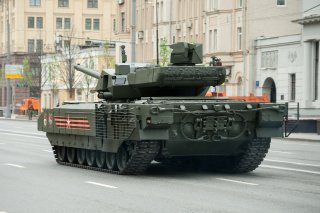 Here’s What You Need to Remember: From all of the features above, the T-95 appears to be a far more powerful tank than the T-14. The T-14 has a less powerful primary and coaxial armament, has fewer sighting systems, and has similar armor. However, technology has advanced significantly since the cancellation of the T-95 project in 2010.

The history of Russian and Soviet armor is littered with prototypes of “super tanks” that promised armor and lethality far beyond any of their contemporaries. But at the end of the Cold War, the Soviet Union developed an actual prototype “super-tank” that if fielded would have outclassed every contemporary NATO tank: the T-95 (Object 195). Russia continued development of the project up until the 2010s, at which point it was abandoned in favor of the newer T-14 “Armata.”