Wasps are Fearsome Insects, but they Fell Flat as Aircraft Carriers 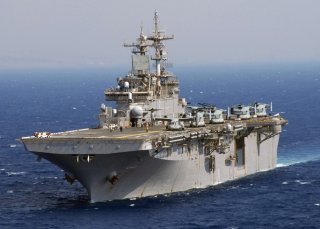 Key point: An international treaty limited certain design aspects of the ship. This treaty was so limiting, it would even doom the USS Wasp when it later went to war.

Kyle Mizokami is a writer based in San Francisco who has appeared in The Diplomat, Foreign Policy, War is Boring and The Daily Beast. In 2009 he cofounded the defense and security blog Japan Security Watch. This first appeared earlier and is being reposted due to reader interest.