WATCH: The B-2 Spirit Can Smash an Airfield With 80 Bombs 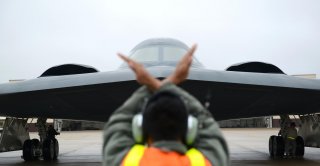 Key Point: The B-2 spirit is a stealthy version of an Arc Light.